Home Blog THC vs. CBD: What Should I Be Vaping?

According to research, the safest way to deliver cannabis is via vaporization. This is because, unlike smoking, using a vape pen does not deliver harmful toxins into the user’s lungs; it also is not saddled with much of the uncertainty that often accompanies the consumption of cannabis-infused edibles. Additionally, unlike other methods of cannabis delivery, the effects of vaping are felt almost immediately..

There is more to vaping, however, than the simple inhalation of cannabis flowers. Tetrahydrocannabinol (THC) and cannabidiol (CBD) are two of the active chemical compounds -- known as ‘cannabinoids’ -- found in cannabis. Both play an integral role in the substance’s effects, especially when it is administered for medicinal purposes.

“Cannabidiol balances the buzz and softens the euphoria -- or in some cases, the dysphoria -- induced by THC, which, in concentrated form, can make people feel very loopy and weird,” says author Martin Lee in the book Smoke Signals. “CBD is the yin of THC’s yang.”

The separation of THC and CBD has become increasingly accepted among those trying to harness their respective qualities. Knowing the similarities and differences between these two cannabis components allows consumers to make more informed decisions regarding their health and to take a more active role in their cannabis consumption. 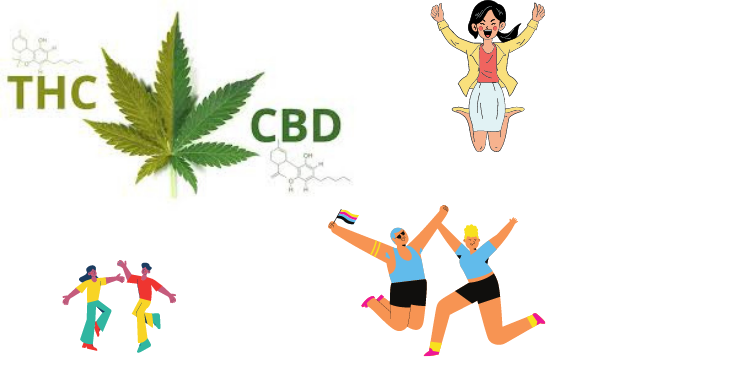 Similarities between THC and CBD:

As has been documented elsewhere, cannabis has a great number of medical properties that have been used to treat innumerable numbers of Americans. As a result, both CBD and THC may be utilized in ways that make them effective means of medical treatment for a wide number of medical conditions. (However, as we discuss below, the conditions for which either substance is effective are different.)

The federal government has classified cannabis as a Schedule 1 federally controlled substance, saying that cannabis, alongside other substances such as ecstasy and heroin, has “no currently accepted medical use and a high potential for abuse.” As such, because CBD and THC are both derived from the cannabis plant, to provide either substance to medical patients or cannabis consumers would still be running afoul of federal law.

The Schedule 1 status of cannabis has thus placed severe limitations on the amount of research that can be conducted into the medical efficacy of cannabis. Though some limited studies have taken place -- and the political climate leaves room for optimism on the issue -- extensive knowledge of the precise medical benefits of THC and CBD remains a hope for the distant future. 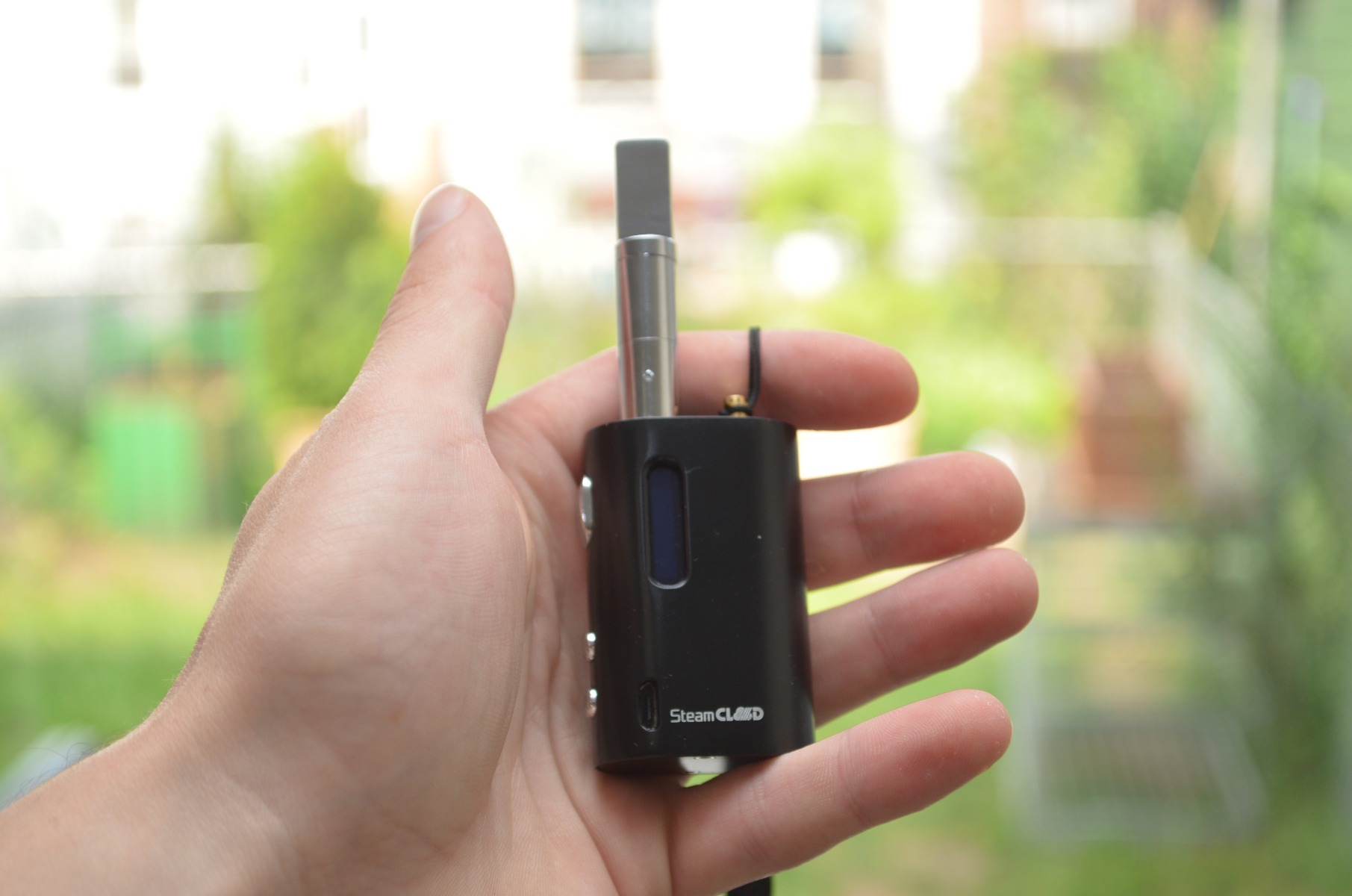 Chronic inflammation -- resulting in abnormal actions within the body’s immune system -- often times result in damage to the body’s tissues, joints and internal organs. Both THC and CBD have been found to both reduce inflammation in general and to keep the medical condition from progressing further.

Differences between THC and CBD

Because cannabis is still a Schedule 1 substance, products made from it -- like CBD oil, for example -- are also banned at the federal level. However, there is no ban on the legal importation of industrial hemp from outside of the country, which means that those looking to obtain CBD for medical treatment are able to do so without running afoul of federal regulations.

One of the most obvious aspects of cannabis is the psychoactive effect -- or “high” -- that it produces in the user after being consumed. That high is produced by the presence of THC within cannabis. CBD, on the other hand, does not have any psychoactive effects and is not a factor in a user’s high.

“CBD is a constituent of traditional cannabis and tends to counteract the effects of THC,” said King’s College London Professor Robin Murray. “We have shown that it ameliorates the effect of THC in experimental studies.

In fact, the research of Prof. Murray and others has even taken that assertion one step further: The non-psychoactive nature of CBD indicates that it may be effective in treating some forms of psychosis, such as schizophrenia.

One recent -- and questionable -- study found that cannabis was ineffective in treating insomnia. The study, however, did not take into account the effects that different strains -- let alone different cannabinoids -- may have on a person’s sleep cycles.

CBD, on the other hand, may have the opposite effect: One study conducted in July 2006 found that CBD may actually inhibit sleep by inducing alertness. (In fact, this study went so far as to suggest that CBD may be a treatment for excessive drowsiness.)

CBD: The First Step for Many Medical Cannabis Programs

Because CBD does not produce psychoactive effects in users -- see Number 2 on this list -- it is increasingly being adopted as the first step for many state medical cannabis regimes across the country. Indeed, some states -- including Alabama and Georgia, among over a dozen others -- only allow for the use of CBD in medical treatment and not the use of THC.

Much in the same way that CBD works to counter psychoactivity, it has also been shown to be helpful in combating disorders relating to anxiety and depression. The same has not been found to be true of THC. 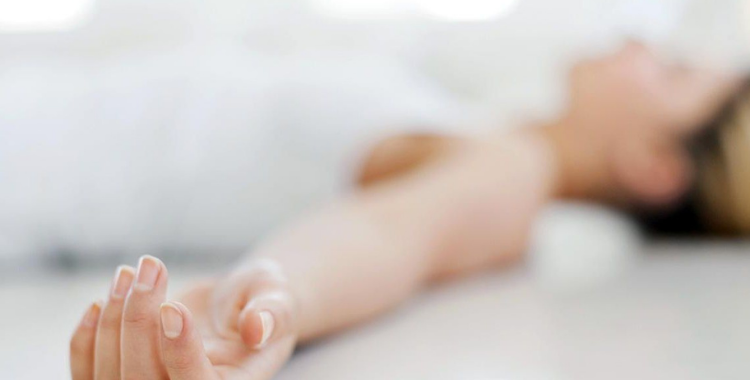 Studies have found that THC is useful in serving as a muscle relaxant. For example, the substance has been shown to be effective in treating the neurological problems and muscle spasms associated with Multiple Sclerosis. Many states around the country that only allow for medical cannabis to be used for certain debilitating diseases often list MS as one of those conditions, signaling that THC’s treatment for muscle disorders is more than just fantasty.