Vaping with nicotine products in Australia is not as easy as it is in countries like the United States. Unlike in the United States where adult vapers can conveniently buy nicotine vaping products at local stores like gas stations and vape shops, adult Australians have to look outside of the country if they're interested in buying vaping products that contain nicotine. For Australian smokers that are looking to quit smoking with the help of nicotine vaping supplies, this complicates matters, however, it does not prevent access. This article explains what Australians need to know to vape with nicotine in Australia.

Step 1: Find A Vape Shop That Ships to Australia

The reality as of present is that it is not illegal for adult Australians to buy vaping products that have nicotine in them so long as they import them for personal use from an overseas company.

With the power of modern search engines like Google, Australians who want to find a vape shop carrying nicotine vaping products that caters to the Australian market can easily search the web using a phrase like vape shop Australia to find a number of stores to choose from.

Step 2: Order Only What You Need for Three Months

Once you've found a proper AU vape shop--one technically based outside of Australia--to buy the nicotine vaping products that you seek, it's important to remember that the law in Australia requires that you import no more than a 3-month supply for personal use at one time. So if you're thinking of ordering enough vaping supplies to last you a year, don't because you need to keep your order below the stated 3-month threshold, as is required by Australian law at this time.

What this means for one vaper may very well differ for the next, which is why it's likely best to keep a single order well below the 3-month marker and to exercise some restraint when ordering.

Some vape stores that ship to Australia offer 3-month packages, which contain a 3-month supply of e-liquid. These take the guesswork out of figuring out just how much one can buy at one time, making it easy to order without the worry of buying too much.

It's also important to note that orders that cost more than AUD $1,000 are subject to additional taxes charged by the Australian government, making it wise for the price-conscious shopper to keep their order total below this marker.

One thing to take into account here is that the Australian government is looking at the original purchase price of the order. If the order is above AUD $1,000 before applying a discount that brings the price to below AUD $1,000, then it is still above the marker as far as the government is concerned and will be subsequently subjected to an additional import tax.

Step 3: Wait for Your Vaping Supplies To Arrive

When importing vaping supplies from overseas suppliers, it takes time for the products to be delivered because they are not simply sitting in a warehouse or shop located in Australia. This means that Australians who buy these products from overseas companies will have to wait for their supplies to arrive. This can take anywhere from days to weeks, if not longer.

For affordable, relatively fast shipping to Australia, nyvapeshop.com is a great choice. Some vape companies that serve Australia, such as Vaper Empire, ensure fast delivery through partnerships with shipping companies like DHL. In the case of Vaper Empire, their partnership with DHL Express allows for them to ship vaping products to AU customers in as little as 3-5 days, cutting down on the time it takes for orders to be delivered. 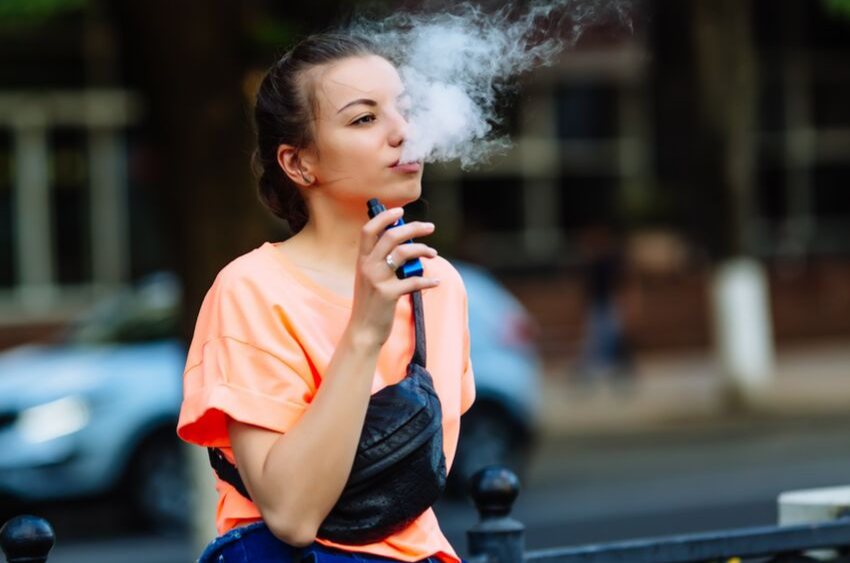 How to Vape Nicotine in Australia

Vaping with nicotine in Australia might seem like an impossible task, but thanks to the internet and the way the country's laws are structured, it's as easy as online shopping. Many Australians already shop online on a regular basis, which is why many Australians who follow the steps outlined in this guide will find buying nicotine e-cigs and e-liquids to be used in a box mod vape would be incredibly easy.

Vapers in Australia who don't need nicotine products can, in some cases, find the nicotine-free vaping products that they desire at local shops in the country. Local shops carry vape kits and other vaping products like box mod vapes that are devoid of nicotine, meaning that all of the products that they sell locally do not contain any nicotine. For the rest of the vapers down under, it's a matter of looking to the internet for solutions and there are quite a few different solutions to choose from.

One possible solution that you might not be aware of, beyond the aforementioned vape shops that sell to AU customers, is mail forwarding. In short, it is possible to pay for a mailing address in another country, such as the US, and have the mail forwarded somewhere else, such as Australia. There are a number of providers of such types of services to choose from, creating the possibility of buying products only available in certain countries and having them shipped elsewhere in the world. Notably, it would appear to be easier to simply buy vaping supplies from a vape company that ships direct to customers in Australia.

For those who wish to follow the path of ordering from a vape shop based outside of Australia, Vaper Empire has created an infographic that explains the process in great detail. Following the instructions outlined in the infographic make it easy for Australian vapers to order nicotine vaping products and receive them at their homes.

Reasons Why Some Australian Smokers Have Switched to Vaping

Now that you know how to go about buying nicotine vaping products in Australia, it is time to share some of the reasons why some vapers in the country have switched from smoking to vaping and why some smokers are considering switching themselves. Let's start with the potential savings because who doesn't like saving money? 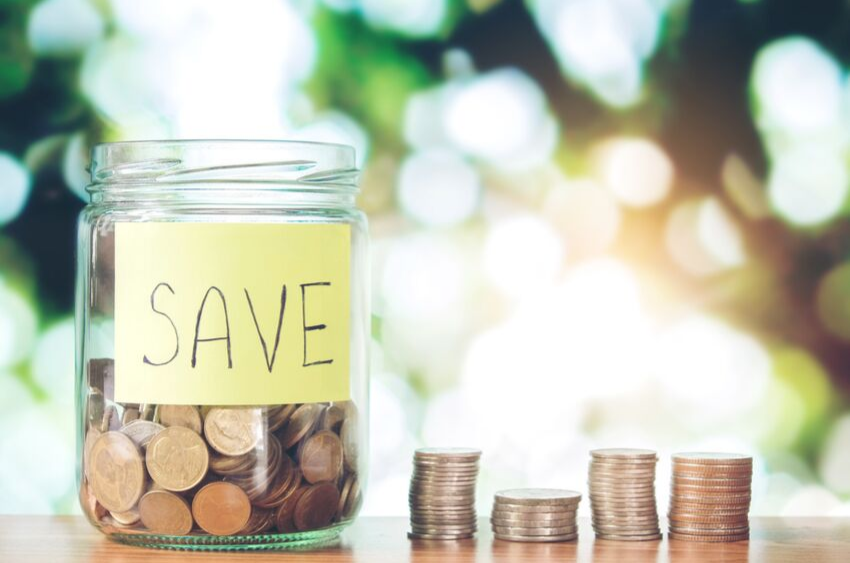 Saving Money Down Under by Choosing Vaping Over Smoking

Saving some cash is just one of the reasons why some Australians have migrated from smoking to vaping. For some smokers who have made the switch, the savings have proven to be considerable, amounting to hundreds to thousands of dollars saved on an annual basis. For many Australians, these aren't trivial amounts of money. With the amounts that some former smokers are now saving by vaping, the possibility of an extra vacation becomes a realistic possibility.

In Australia, the cost of cigarettes is very high. This is in no small part due to the country's strong regulations on smoking aimed at diminishing the number of smokers in the country. With cigarette costs continuing to rise, the cost of smoking has become, for some, simply outrageous. Vaping, by comparison, offers the nicotine that cigarette smokers crave without the high cost. The e-liquid that's used in e-cigs, typically costs much less than a pack of smokes, making it an obvious choice for those who want to save money while continuing to get nicotine. 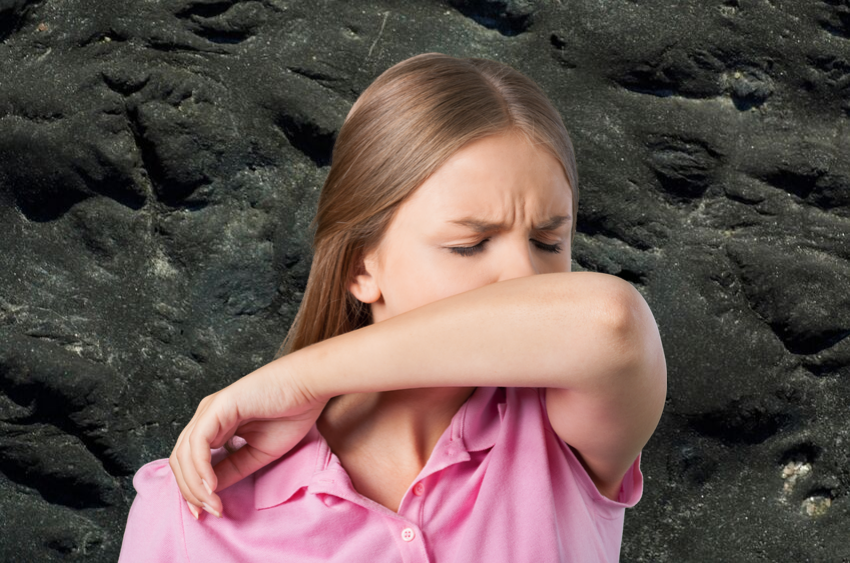 No Tar: Another Reason to Rejoice

Vaping's complete lack of tar is another reason why some smokers have switched and others are considering doing the same. Unlike cigarettes, the aerosol (also known as vapor) that is produced by e-cigarettes does not contain any tar, which is one nasty substance to inhale and just one more reason to ditch the cigarettes and take up vaping instead.

No More Bad Smell and No More Stained Fingers

It's not just the tar that smokers are leaving behind when they start vaping, there's also the smell. That residual odor that smoking leaves behind, that's gone too. Vaping doesn't leave behind a smell that clings to fabrics, ruining in the insides of cars and furniture. It also doesn't stain fingers brown and yellow. These are just a few more reasons why many smokers have made the switch.

Add it all together and it's easy to understand why many smokers have already switched, and there are still more reasons why smokers have given up on smoking and taking up vaping instead. Perhaps the biggest of which is the potential health implications. 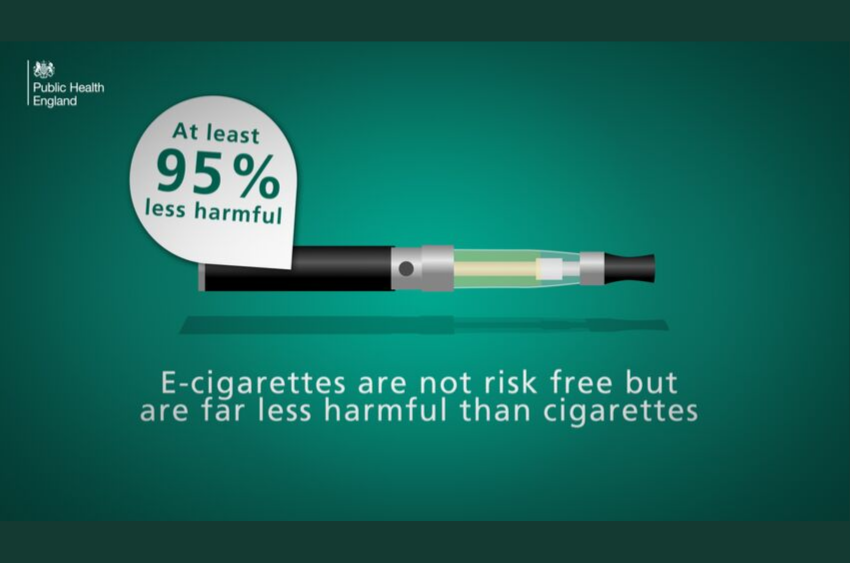 Is Vaping Less Harmful Than Smoking?

In the United Kingdom, Public Health England, which is part of the UK's public healthcare system, has conducted a review of e-cigarettes. With the evidence they examined, which includes research conducted by many parties around the world, they reached an estimate for how much less harmful they believe vaping to be than smoking. That estimate is 95 percent. As in, vaping is, based on their review, likely 95 percent less harmful than smoking. The results of their evidence review, which was mandated by the government, have resulted in a number of changes to the way the UK government looks at vaping. They've gone as far as to recommend smokers switch to vaping and have even allowed vape shops to open at some UK hospitals that are part of the UK public healthcare system.

Vaping Regulations in the US and UK - Things to Know

Traveling plus Flying with a Vape Guide

3 reasons to bring your vape out at night