One of the most popular methods for consuming concentrates and dry herbs is vaporizing. While there is a wide array of vaporizers on the market, this article will help to differentiate between two of the main hand-held devices - the wax pen and the oil vape pen. To help better understand these two portable vaporizer options, we will begin by discussing the similarities and differences between wax and oil vape pens. 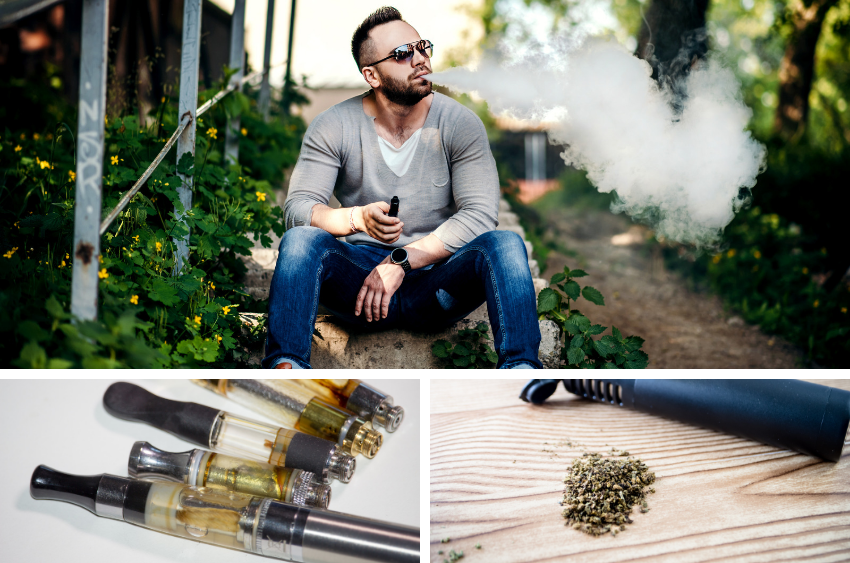 Both are Vaporizers, aka Vapes, Vape Pens, Pens etc

In the most basic general sense, wax and oil pens are both vaporizers. They are each fashioned to vape a particular substance and they both are built using the same type of components as their primary makeup. The components for each device include a battery, some sort of coil or cartridge and a mouthpiece for vapor intake.

Wax and oil vape pens both offer a light and compact design. Each dab pen is small and battery-powered, allowing it to easily slide in and out of your pocket. Due to this, vape pens make the perfect device for vapers who like to travel or are looking to discreetly carry their device with them.

Oil and wax pens typically come with a similarly sized battery. Similar to a cell phone, vape pen batteries are measured using milliampere hours or mAh. This will essentially alert the user to how much power the vape pen battery can contain. The battery capacity for a dab pen is generally somewhere between 600 mAh and 1400 mAh, with larger batteries found in more high-powered vaping devices (such as box mod vapes or devices offering the ability for dry herb vaping).

Unlike dry herb vaporizers, specific temperature control isn’t always a typical feature of vape pens. In fact, wax and oil vape pens initially did not contain a temperature control feature when they arrived on the market, but as time went on the demand for variable voltage temperature control grew. To meet the wants and needs of the clientele, manufacturers began offering vape pen options allowing for either one or multiple heat settings.

The most popular wax pens and oil vape pens are created to specialize and cater to a certain type of concentrate. However, to make models more universal, many can be equipped with other types of vape tanks to allow the user to vape with dry herbs and oils along with wax.

To help maintain battery life, both oil and wax pens offer a diverse range of safety measures. Some of the most common options can include (but are not limited to) five clicks to turn the device on or off, short circuit protection, safety switch, overheating protection, and an automated shutdown after the device reaches the preset period of inactivity. 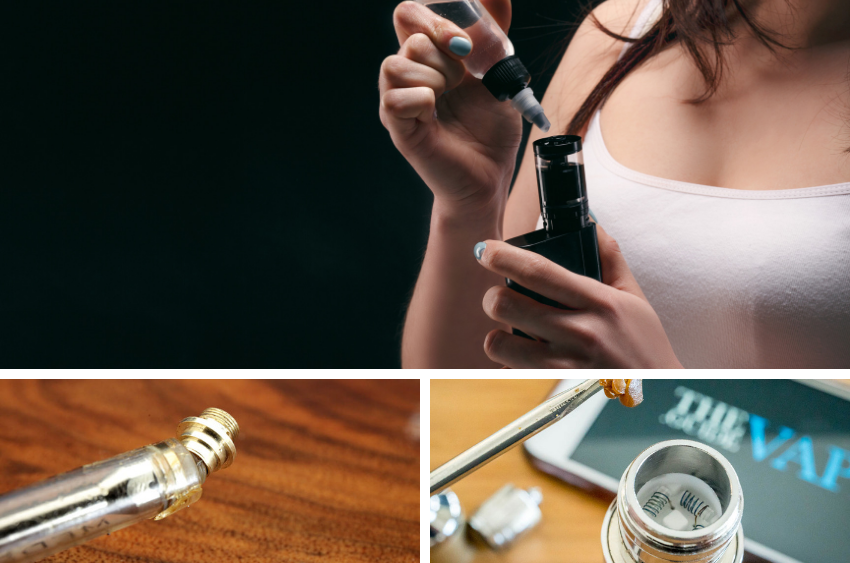 A key difference you will find between an oil and wax pen is the concentrate and the oil which the vape pen will be vaporizing. Each of the two concentrate materials are derived from some sort of dry herb, but this is where the similarities between the two products end. Wax tends to be thicker, sticky, and more concentrated; oil is thinner, is never handled by hand, and is usually mixed with some carrier oil like coconut oil.

Although some vape pens have the ability to work with both vape oils and wax concentrates, many vaping devices tend to focus on one particular material over another. So, remember that Wax and Oil are different, and they will utilize different types of vape coils or cartridges and it is important to remember so – using oil in a wax coil for example will damage that wax coil permanently.

Filling the Vape Tank or Cartridg

Unlike oil, wax is a super sticky substance and needs to be stored in a special dab container. To handle and store the concentrate properly involves the use of specially made instruments known as dab tools. Before each and every session, wax vapers will need to fill (or refill) the wax coil area by placing the sticky concentrate directly inside the chamber and towards the coil. Since wax pen coils are known for burning out or getting clogged (gummed) requiring replacement, it is recommended to keep at least one spare coil on hand.

While oil generally comes in easy to use pre-filled cartridges, vapers can also load the vape tank with bottles or syringes. To fill, the user will squeeze the bottle of oil concentrate directly into the vape take. Although oil vape pen coils tend to last much longer, at some point they will eventually need to be replaced.

As previously stated, when vaping with wax, the pen should be loaded for one session at a time and requires the user to re-fill the tank at discretion before each session. Whereas a pre-filled oil cartridge can last weeks or even months without requiring the vaper to refill or change out the cartridge.

Wax and oil concentrates require different temperature settings to achieve the best vaping experience. For example, wax can typically sustain higher amounts of heat than oil. Another way to look at is to consider the concentrate. Wax is closer to a solid than a liquid concentrate. Therefore, in order for the wax to vaporize it requires a higher temperature than the already liquid form of oil.

Although there are many types of oil cartridges, each oil vape pen tends to operate off of one of two different coils (either ceramic or wick). Wax pens provide a wider selection of coils and features (such as ceramic, quartz, single rod, or quad coil and more). Many of the best vape pens on the market tend to use ceramic or quartz coils, which can be utilized for about six to eight weeks before needing to be replaced.

Is a Wax Pen or Oil Vape Better?

When it comes down to it, there is no right or wrong answer. Which is better is ultimately all about your personal preferences. While oil vape pens are available in pre-filled vape tanks and are much easier to handle, wax pens tend to offer higher quality and a more concentrated vaping experience. Not to mention, most vape pen devices on the market today can be equipped with either wax coils and oil cartridges (even dry herb attachments) to allow for any vaping experience you want. 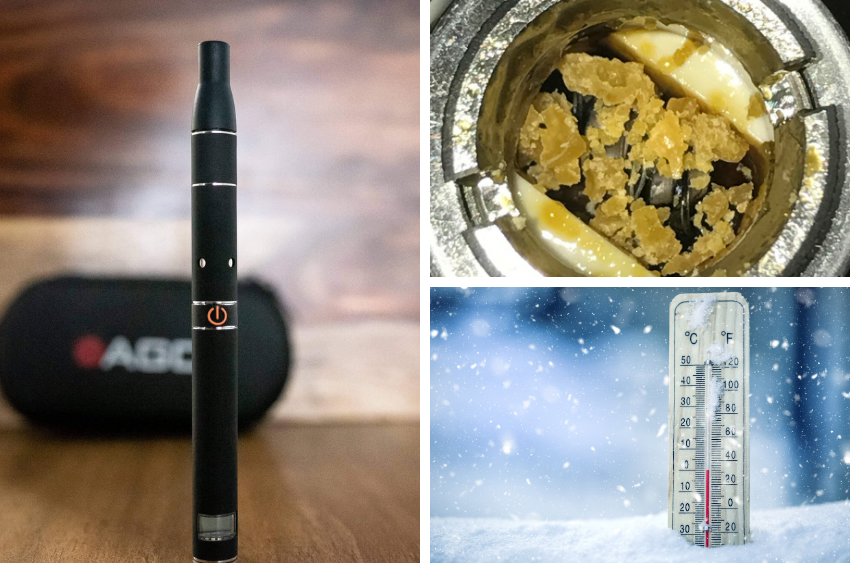 1.Keep the vape pens upright - To limit leakage, avoid a sticky mess, and prevent wasted concentrate; it is always best to keep your vape pen in an upright position. Wax and oils can flow up and out of the coils and cartridges (especially after use when the concentrate is warm and very liquid-like).

2 Start at low temperatures - When it comes to vape pens, too much power can be a negative thing. For vapers using a powerful box mod vape, you will want to keep an eye on the amount of power you send to your cartridge. If you send too much, you can burn it out (rendering it useless).

3 Heat up to Clear a Vapor Pathway - Whether you use an oil pen or a wax vape pen, it is fairly easy for the vapor pathway to get clogged. Ordinarily, this is due to the wax or oil residue lining the vapor pathway over and over each time vapors flow through. Thankfully if this should happen, the user can loosen up and clear the pathway of the oil or wax by heating up the coil itself. And depending on the situation, a thorough cleaning can be a good idea if you want maximum airflow.

Remember vape pens can get sticky anywhere the concentrate can touch (this includes every part from the mouthpiece to the chamber). To keep the vape pen in tiptop shape, the user should always follow proper maintenance and care instructions fashioned for the vaporizer. Nonetheless, whether using an oil vape pen or a wax pen, users should NEVER clean their device with soap or water.