Home Blog Vapes and Vaporizers - What is the Difference?

The terms vaporizer, vape, and vape pen are often used interchangeably. On the most basic level they refer to a device that is able to vape something. That something can be a variety of material from dry herbs to concentrates like wax, oil, and vape juices whether with or without nicotine. So the words basically mean the same thing, and using them interchangeably is fine. You can differentiate and get more specific by saying dry herb vaporizer or oil vaporizer. Read further as we break down some cool vape facts.

First, let's talk vaporizers. A vaporizer is a vaping tool, also known as hardware in the world of vapor, and it's often associated with vaping dry herbs and concentrates. Vaporizers come in different styles, such as portable, pen, and desktop or plugin. Regardless of the style, all vaporizers are designed to produce vapor and rely on a power source to do so. 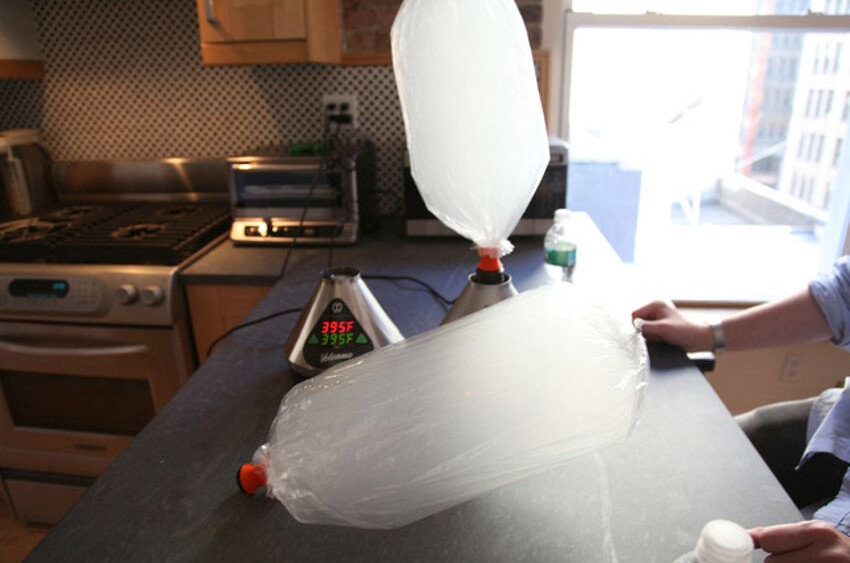 The biggest and baddest of the bunch are the desktop vaporizers, which are also called plugin or plug-in vaporizers. This includes vaporizers like the Extreme Q by Arizer, the Volcano Vaporizer by Storz & Bickel, and the VapirRise by Vapir.

The benefits associated with desktop vaporizers vary from one model to the next, but as a general rule of thumb, they're typically associated with more powerful vapor production than their non-desktop rivals.

In the case of desktops like the Extreme Q, both the whip and balloon methods are available to users. And in the case of the VapirRise, there's a multi-user adapter that can take the vapor and send it through multiple whips simultaneously (think hookah), which allows more than one user to enjoy the vapor produced at the same time.

A tube or whip vaporizer is a type of vaporizer that delivers vapor through a hose to the user. The first herbal vaporizers to hit the market utilized this delivery method, but when Storz and Bickel released to their now wildly popular Volcano Vaporizer, suddenly vapers had another option to choose from: the balloon.

Bag or balloon vaporizers, as they are known, do away with the whip aka the tube which the vapor flows through. Instead of a whip, they use an internal fan to fill a balloon with vapor. Once filled with vapor, the balloon acts as a storage medium. With the vapor captured inside of a balloon, users can then inhale the vapor trapped within at their leisure. There's no need to rush, as the vapor remains within the balloon, sealed behind a valve that is opened and closed by the user. In the case of the Volcano, the valve is integrated into the mouthpiece and opens when the user presses the mouthpiece up against their mouth. This makes inhaling the vapor contained within the bag nearly effortless as the valve opens when the user goes to inhale and quickly closes when the user is done. 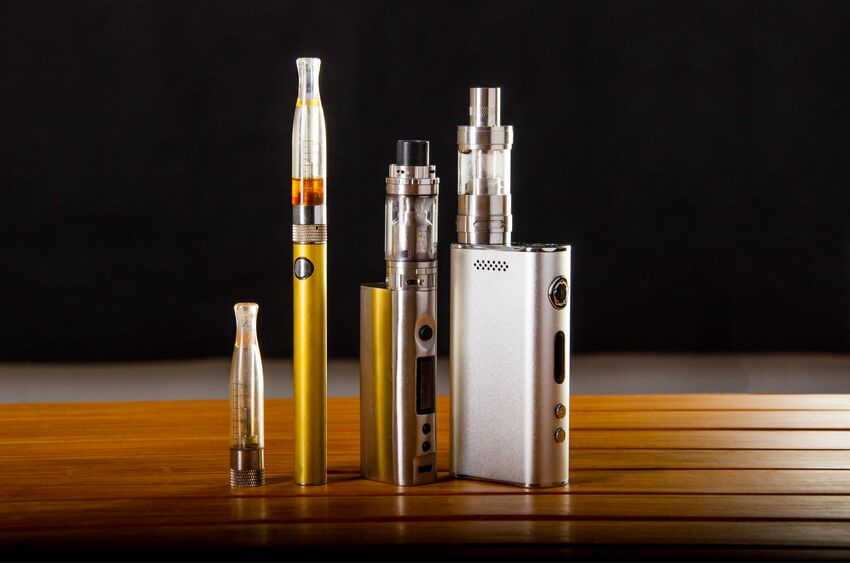 Increasingly common, portable vaporizers are the go-anywhere-and-vape alternatives to desktops. They come in different styles, such as pens, which are known as vape pens or simply "pens" for short. These are, as one might assume, roughly the same shape and size as a pen, although often a bit larger than the writing instrument that we're all familiar with.

With portable vaporizers, they're not all made the same. Some are designed just for dry herbs, others for concentrates like oil and wax, and then there are those that do it all.

In the case of concentrates, some work well with wax while others are designed specifically for use with oil cartridges, often pre-filled cartridges. Also known as vape tanks these will come in all different variations.

While today's desktop vaporizers are intended for use with dry herbs and concentrates, some portable vaporizers are actually designed to also be used with e-liquid, which is what e-cigarettes use. Vape pens for for oil or wax are the type of portable vaporizer that can often be referred to as electronic cigarettes or "e-cigs" for short. In some cases, they're also referred to as portable e-liquid vapes. Ultimately it is just a battery that heats a cartridge filled with some sort of concentrate, whether e liquid, oil, wax or whatever.

The SteamCloud Vapes are good examples of a vape pen for use with oil or wax. The DaVinci IQ, Pax 3, Titan 2, and Firefly 2 are just a few examples of portable vaporizers for use with dry herbs. While all are herbal vaporizers, the Titan 2 design can accompany the industry standard oil pods designed for dry herb vapes. These oil pods contain a cotton wick that will soak up e juice or oils so that you can vape inside the heating chamber of your dry herb vaporizer.

Not surprisingly, e-liquid is also known as vape juice. The implication being that it's "juice" (liquid) intended for use with a vape or vaporizer.

Today's portable vaporizers are often pocket-friendly, which means they're small enough to fit in one's pocket. However, not all portable vaporizers are pocket-friendly, as some are simply too big to fit casually in a pocket. What makes them portable, by some accounts, is the battery that powers them. In most cases, portables are powered by rechargeable lithium-ion batteries, however, there are those that are powered by single-use batteries that can be changed in and out – very popular with the box mod vapes.

Portable vaporizers referred to as "3-in-1" vaporizers are designed to be used with dry herbs, liquids, and concentrates. While 3-in-1 vaporizers are popular with some vapers, many vaporizer manufacturers design their vaporizers to work with either one or two types, not three. 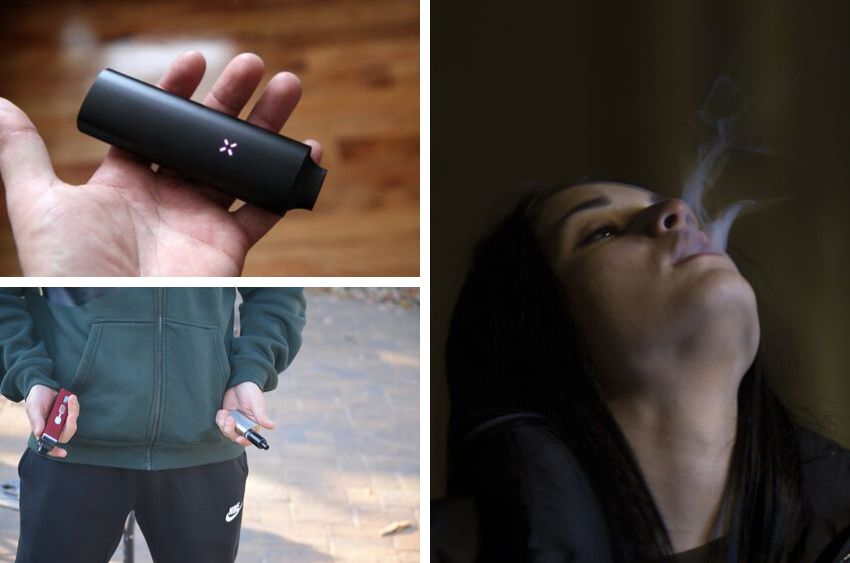 So if you see someone refer to as a vaporizer as a vape, you'll have to examine the context in which the word is used in order to determine how it's being used. It may be that they're referred to an e-cigarette or it could be that they're referring to a dry herb vaporizer – which is also known as an herbal vape. Yes, this industry comes with a lot of terminology, and often that terminology is interchangeable.

Vape and Vaporizer in The Dictionary

Here's how the Oxford dictionary defines these two words:

Vaporizer (noun): a device that generates a particular substance in the form of vapor, especially for medicinal inhalation.

When used as a verb, the word "vape" takes on another meaning, which you can see below.

Vape (verb): inhale and exhale the vapor produced by an electronic cigarette or similar device. 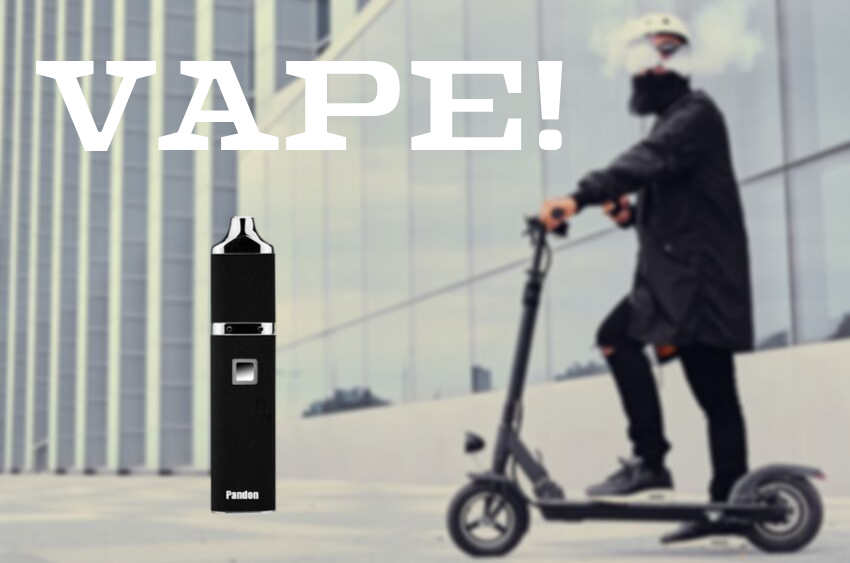 Among vapers in the know, vaporizer is often used as a term to describe herbal vaporizers, whereas vape has become a term used to describe e-liquid vaporizers (e-cigarettes) and dry herb vaporizers. The word vape is also used as a verb, as in "let's go vape," which translates into "let's go use a vaporizer." There are also those who refer to the e-liquid used in e-cigarettes as vape. Oils like CBD and more are also popping up, and just like the e-juice, the device in this instance is often called a vape or vape pen versus a vaporizer.

Vapes and vaporizers can mean the same thing, but that's not always the case and you always have to pay attention to the context of the situation. Don’t always expect a big hit of nicotine e-juice when someone passes you a ‘vape’, and vice versa. The word vape can refer to a vaporizer, the act of vaping, and even the contents of a vape cartridge, whether e juice, oil or something else. The word vaporizer, in more recent times, is perhaps most often used in reference to dry herb vaporizers.

What is most important in deciphering the usage of either of these two words is the context in which they are used, as understanding the context will allow you to understand how the word is being used.

Here at NY Vape Shop vapers will find a range of vapes and vaporizers, including box mods, dry herb vaporizers, desktop vaporizers, wax pens, oil vapes, and vape pens. We also carry vape parts, ensuring that all of your vaping needs are met. For those who prefer smoke to vapor, we also carry a wide range of smoking tools and accessories, including rolling papers, glass pipes, ashtrays, and more. We also cater to dabbers as we carry a range of dabbing products, including e-nails, dab mats, and rigs. For those who need them, we also stock a range of herb grinders, both manual and electric.

How to use a Dry Herb Vaporizer - Tutorial & Guidance