The rise in popularity of vapes and E-cigs have not come without some resistance from the medical and health community. Even some top faces in the general smoking community have voiced their opinion on the subject. With so many different methods and means for one to enjoy vaping, it is easy to understand why so many people are skeptical.

The problem with this skepticism comes when people make uninformed conclusions and group every electronic smoking device under the one umbrella term of "Vaping." These generalizations fail to recognize how different methods and substances affect one's health differently. Appliances fueled by E-juices or nicotine will hit the respiratory system far differently than dry herbs or oil pens even though the bilious clouds being exhaled look almost identical to the untrained eye.

There are countless studies on both sides that argue for or against the safety of these devices. By in large, box mod vapes, vape pens and dry herb vaporizers are safe. What will indeed affect your health is the substance inhaled through the machine. Here we will dive deeper into the safety concerns of individual categories and materials that commonly used in vapes and e-cigs. By breaking down many of the health risks and anxieties brought on by this popular method of smoking, we hope to demystify many common questions users may be having. 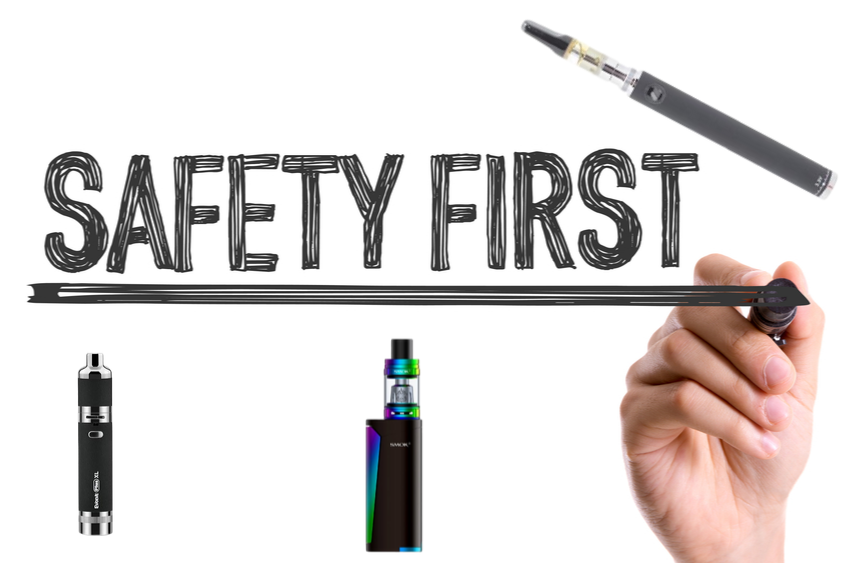 Is an E-Cig Safe?

Electronic cigarettes have seen a monumental rise in popularity over the past decade. This is especially true throughout the younger demographics to the point that many health experts are deeming it an epidemic. These nicotine-based delivery devices are sold to more youthful kids at an exponentially higher rate than adults, and that is enough to signal many alarm bells.

The long-term health consequences of e-cigs such as this are admittedly not well understood. The majority of studies released will point towards vaping nicotine-based juices are not safe for one's health. This is especially true when it comes to cognitive development in youths and teens. Further research is continuously being supported to learn more about this rising cultural movement towards these styles of vapes.

Almost every vape pen and e-cig will come with a usage guide. Following these instructions is always advised to avoid misusage of the device. When appropriately used, market-issued battery packs are meant to be safely used for years to come. The result of a battery explosion can happen and has happened, however it is very rare and is often related to the vaper crowd that creates their own vape parts or tinkers with the ones they have.

The most significant factor that determines whether your vape is safe or not is what's being vaped. Unfortunately, most of the responsibility is left to the consumer when deciding what substance is most health-conscious.

Overall, most dry herb vapes will be the safer than actually smoking dry herbs when it comes to respiratory health. Oils and extracts also rank quite low in contaminants and other harmful effects versus smoking. The main concerns should focus on the chemical additives used in nicotine juices and other e liquids as these additives have been shown to have adverse effects on users after prolonged periods.

Below we have listed further concerns that have arisen around vaping throughout the community. 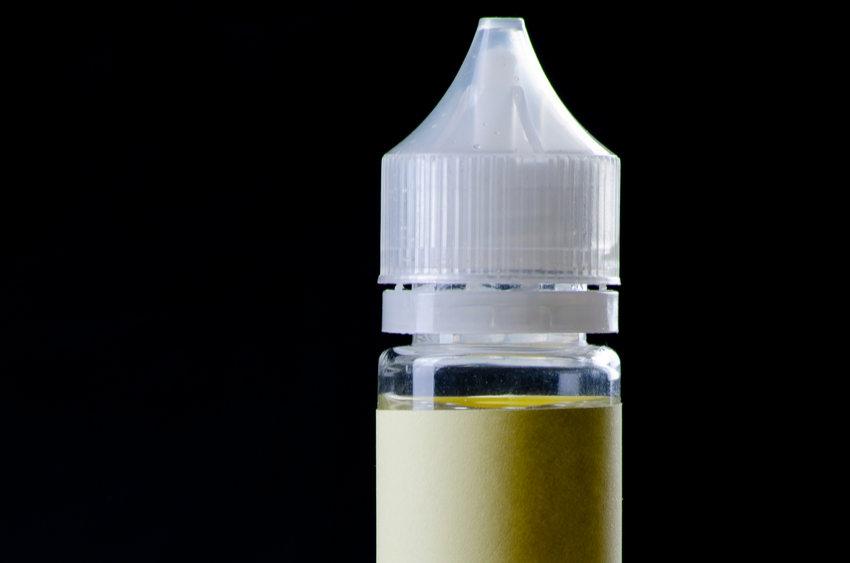 1 - The Vape Juice and Oils

Most of the adverse health effects derive from the substances being vaped, not the vape device itself. While nicotine oils are widely known for their highly addictive qualities, vape substances such as oils or dry herbs do not contain these harmful adages.

Oil vapes have the benefit of not burning the material, which means the user avoids the harmful contaminants caused when substances reach the point of combustion. The oils commonly vaped through these devices can contain nicotine though, which has its own health concerns. The oil may not be produced by a verified company, or worse it can be produced by someone actively cutting corners. It all comes down to precisely what is being vaped and usually not the actual vape itself.

As always, we highly recommend that you do your research on the products before you enjoy them. Learn what goes into the various oils and juices before inhaling them. There are many quality products available to be used in the long term, and just as many inferior quality products that will have adverse effects over years of use.

There was a recent string of news articles that painted the picture that e-cigs will give you something called 'popcorn lung.' This rise of the myth was centered around the chemical diacetyl. Diacetyl is a chemical used to create the buttery flavoring in many e-juices. At very high levels, this chemical can cause grievous respiratory diseases.

This condition gained its now common name because it was initially brought about and observed in workers at popcorn factories. Those working on the production line would be dealing with fake-butter products, and the chemicals used in this would produce similar effects in those workers.

But this myth was quickly debunked, or rather the issue was taken care of. Diacetyl is among many of the banned ingredients in e-cigs and liquids in multiple countries. Past flavorings may have used this chemical, but those levels were monumentally lower than those found in even a traditional cigarette. Smokers are not at significant risk of acquiring what is commonly referred to as 'popcorn lung.'

Nicotine-based devices are hailed as the fastest remedy for cigarette addictions, which has been a significant selling point for these conventional devices. While it is true that smoking e-cigs and nicotine vapes bypass many of the harmful contaminants in tobacco smoke, these devices are still far from safe. This popularization runs the risk of "re-normalizing" a destructive habit that has been on the decline for almost two decades.

These hyper-convenient and often disposable devices have been marketed to younger generations to the tune of 125 million dollars alone in 2014. Using flavored nicotine oils that are easily approachable, they are rapidly replacing ordinary cigarettes in many countries around the world. While these devices' primary argument is to be a safer alternative to cigarette smoke, the reality is that they more often introduce new people to nicotine addiction.

Vaping is a safer alternative than smoking traditional cigarettes. Nicotine-based devices can be a high buffer as somebody begins to ween themselves off of daily cigarette use. But the reverse side is also real. If somebody, especially teens, who do not smoke start smoking nicotine vapes, they run an exponentially higher risk of transitioning to cigarettes later in life. 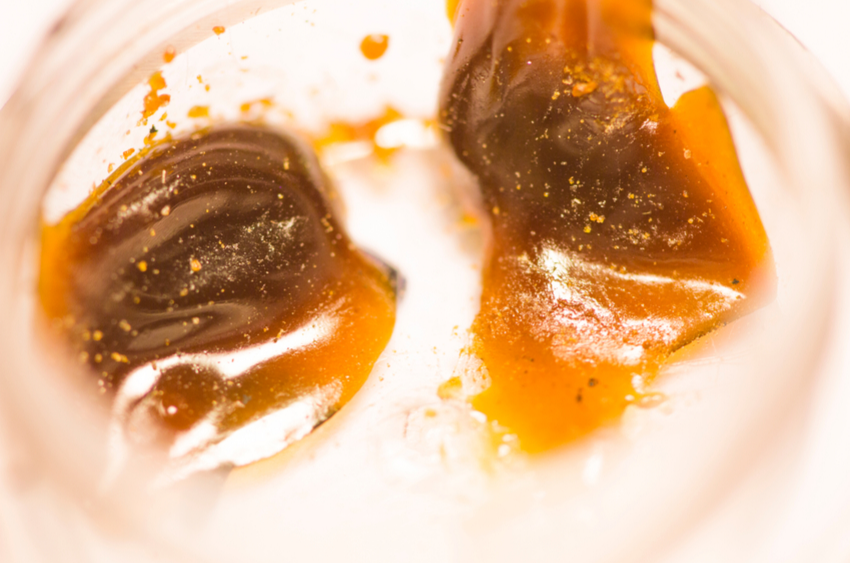 4 - The Wax Concentrates Being Vaped

Wax pens offer another alternative for those looking to vape. Wax extracts are semi-solid substances that are vaporized in a similar way to oils. Waxes have the added benefit of a heightened control over precisely what is going into the product. This allows even a small amount of wax can hold a very potent amount of substance (if the manufacturer wants it to). Vape pens and dab rigs are specifically designed to handle wax extracts, which allow for the complete user customization.

Vape pens come in all shapes and sizes, but most will be made up of similar parts and components. Every vape will have a vape tank or heating chamber area which will hold the substance that will soon be vaped. This substance is heated by the battery-power which flows to a coil of some sort, which heats the material to just below the point of combustion.

Subtle software in most pens will help turn the atomizer off or on depending on if the user is inhaling or not. If the e-cig is not automatic, this trigger might exist in the form of an on/off button. The final component of any vape will be the battery, which is used to power the vape pen. Disposable pens will not have a rechargeable battery, but it is quite common for reusable e-cigs and vapes to have a rechargeable battery. The average vape pen should be okay to use, but it is important to stick with reputable companies to make sure you are vaping with a safe product. 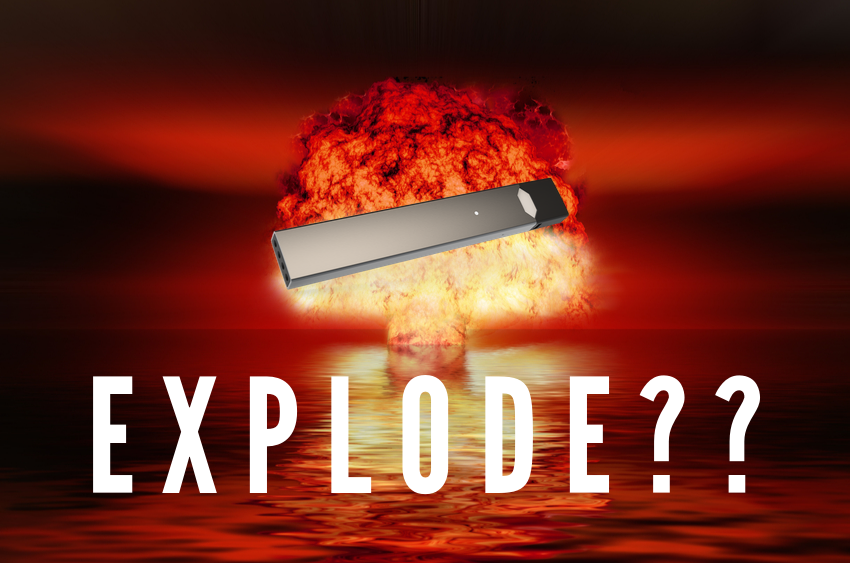 Vape pens have received pointed coverage throughout the years due to a few unfortunate incidents involving the battery packs within the vapes exploding. This can be a very worrisome thought for those looking into getting into vaping, and that is entirely understandable. It is essential to understand that the few explosions that have dominated the news are outlying incidents and are something you should expect.

A study took samples of a large amount of these explosions and found a common thread throughout the majority of them. Up to 80% of explosions of these devices came from charging and using the e-cigs incorrectly. This primarily means that users were charging their devices with off-market power sources or other means that are distinctly recommended not to use. These faulty power supplies give the e-cig too much power all at once, which results in an explosion. These risks are heightened when users leave the devices charging long after the batteries are fully charged.

Other similar explosions have been linked to common user errors. Mistakes such as carrying other metal objects in their pockets alongside their vapes run the risk of shorting the batteries' circuits.

10 Things Not to Do with Your Vaporizer

How to Use a Vape Pen

Tips for having a vape on the beach

7 Smoking Pipes That Will Surprise You