The Differences Between Bubbler Pipes and Bongs

The most obvious difference between a bubbler and a bong is their size. Bubbler pipes are small and designed to be held in your hand. Bongs, on the other hand, are large devices that are meant to sit on the floor or a table for use.

Portability of a Smoking Pipe

Being a smaller size, bubblers are typically more portable then the average water bong. Bubblers are small and handheld, meaning that they are more ideal for traveling with. Bongs are larger and often have a couple of pieces to go with them like a bong bowl. It is possible to travel with a bong, but without the proper equipment like a protective bag, you risk damaging the bong in transit (unless of course you are talking about a silicone bong).If you are wanting to smoke while on the go, it is nearly impossible to do this withglass pipes or bongs due to their natural fragility.

Amount of Smoke Per Puff

Bongs, due to their larger size, can hold a higher volume of smoke than bubblers, and therefore can provide larger amounts of smoke per hit. While the flavor they provide is pretty similar (they both use the same method of water filtration), a bong will be able to provide much more smoke and, therefore, a much more powerful hit. 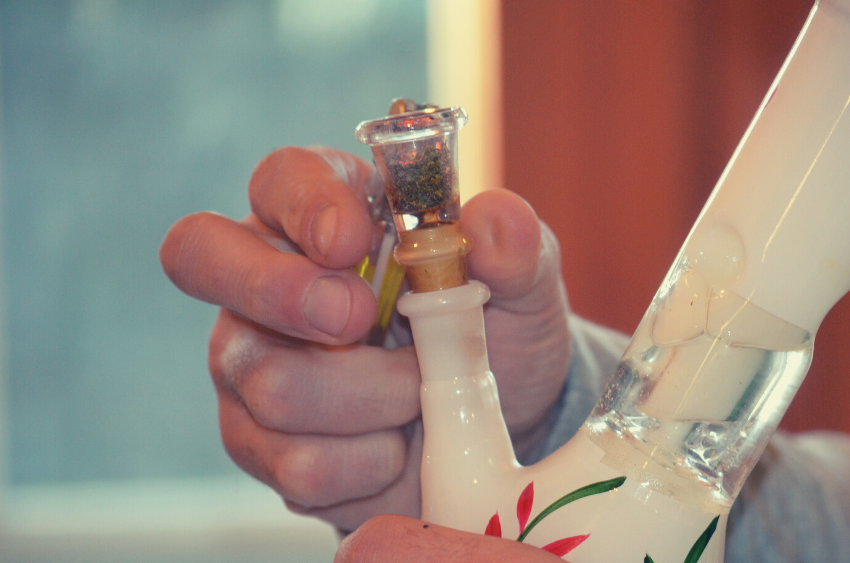 Bubblers are generally made as a single piece of glass, which includes a built-in bowl piece where you can pack your dry herbs. Bongs on the other hand have a slide area where you can slide in a bong bowl - a separate bong accessory altogether, and it will be needed to operate the bong properly. Most bongs are compatible with several different designs of bong bowls which can add a bit of variation to your smoking session.

Since they are a single piece of glass, bubblers will almost always have a carb hole built into the vapor path of the pipe. This allows you to clear the pipe and prepare it for another proper it. Bongs usually do not have carb holes. Instead, they rely on simply removing the bong bowl to effectively clear the pipe. This can be a bit more cumbersome to some, so consider this if you are on the fence between a bubbler or a bong. 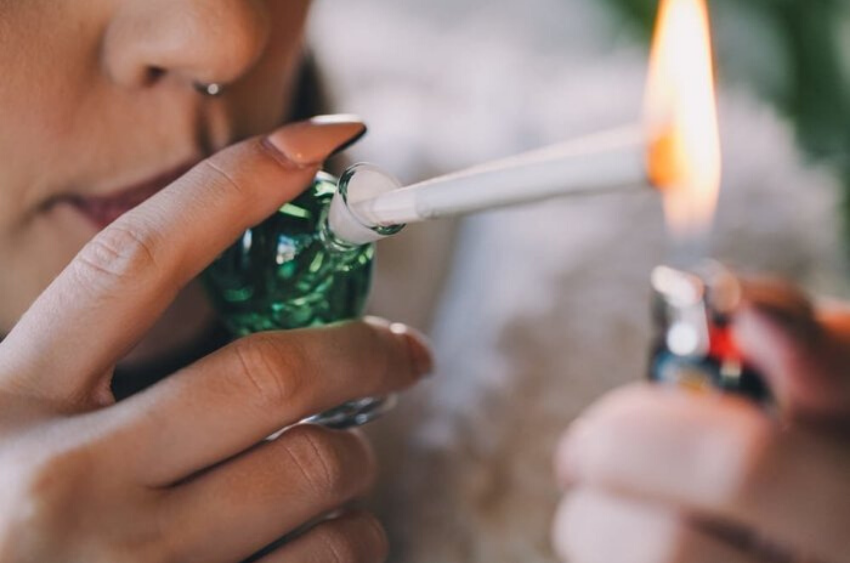 Use Water to Filter Smoke

Both bubblers and bongs use water as a filter for what you are smoking. Water helps to cool the hit, purify it a bit, and remove any large particles that may have sneaked into the smoke. What this ends up producing is a smoother, cooler tasting hit that has made both bubblers and bongs favorites among many – especially when compared to a traditional smoking pipe that does not use water. Technically, because of the volume of water it can use, bongs will filter smoke a little better than bubblers, but both will provide similarly cool and smooth tasting puff for you to enjoy.However, if you want the smoothest puff, a water bong may be the way to go.

Need to Have Water Changed Regularly

Bong and bubbler water gets nasty quick, and both pipes require that the water be changed on a regular basis.  Ideally you want to empty out the bong water when you are finished smoking. is relatively straightforward to dump and replace the water. Bubblers, because they are usually a single piece of glass,can be more difficult to change the water and fill. 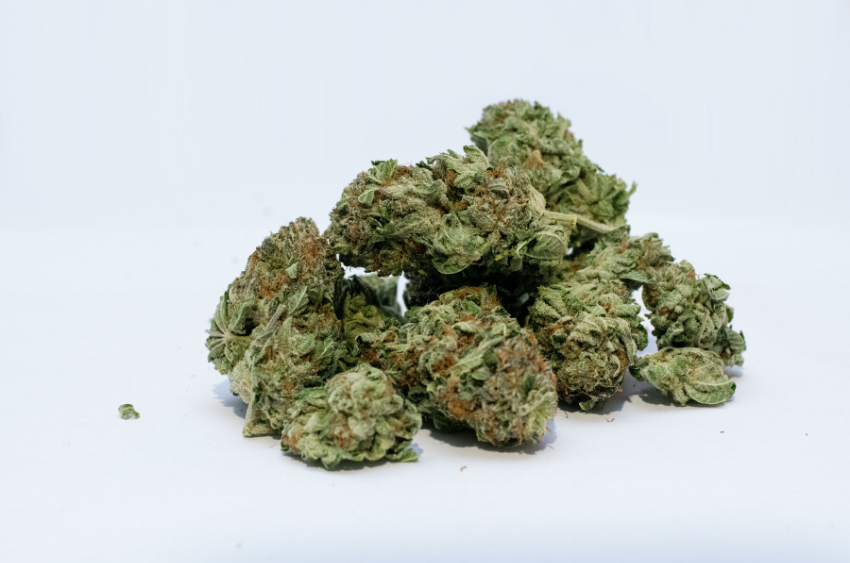 Meant for Use with Dry Herbs

If you try to smoke e-juice or wax concentrates with these pipes, you are going to have a bad time. Neither pipe has the dab nail needed for smoking concentrates, and e-juices and other oils are meant to be vaped in a device besides a vape pen. Dry herbs is the only product you will want to use in a bong or bubbler. If you are set on being able to smoke several different kinds of products, consider a multi-functional vape pen or specially designed dabbing tools like dab rigs or nectar collectors. Since we mentioned dab rigs, we will also say that a water bong is very similar and can technically be used in place of a rig if you replace your bong bowl with a dab nail; but again, we do not recommend this.

A Variety of Both Bubblers and Bongs

You can find all different kinds of bubblers and bongs on the market today. Bubblers can be glass pipe types or silicone pipe types (these are usually more easily cleaned and handled). Bongs can also be found in a variety of different materials such as glass and silicone, as well as different sizes, overall designs, and other special functions. If you are set on getting a bubbler or bong, you will have a ton of options to choose from!

Both bongs and bubblers are pretty easy to use. To use a bubbler, simply pack dry herb into the bowl and take a hit. To use a bong, pack the dry herb into the bong bowl and take a hit. Their respective cleaning processes can be a little more involved (if you are soaking them in a cleaning solution, it is much easier), but the actual process of smoking with them are easy to learn. 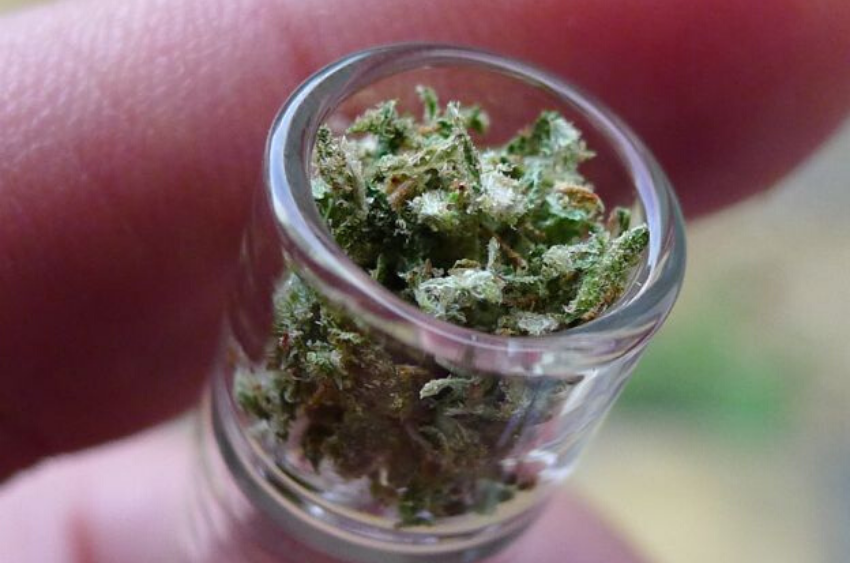 This is not to say that bubblers and bongs have the same bowl pack size, but rather that the size of the bowl and how much can be packed into it will vary between bubbler models as well as bong models. You can get either pipe with large bowls that hold a tong of dry herb, or you can find either pipe with rather small, more petite offerings.

Is a Bong or Bubbler Better?

Neither pipe is inherently better than the other. Whether or not a bong or bubbler is better for you will depend on which style of pipe best fits what you want in a smoking session. You may find that one kind suits your tastes more, or you may find that both suit your needs well!

The Benefits of Using Water Bongs and Bubblers

The big benefits of using water bongs and bubblers when compared to other water-less pipe options are the kind of flavor that they produce. Some smokers struggle with the heat and the harshness of flavor produced by other pipes, like chillums or spoon pipes. Water bongs and bubblers use their water to filter and cool the smoke, plus remove some of the particles that give the smoke a harsh flavor. This is what allows them to produce their trademarked flavor! 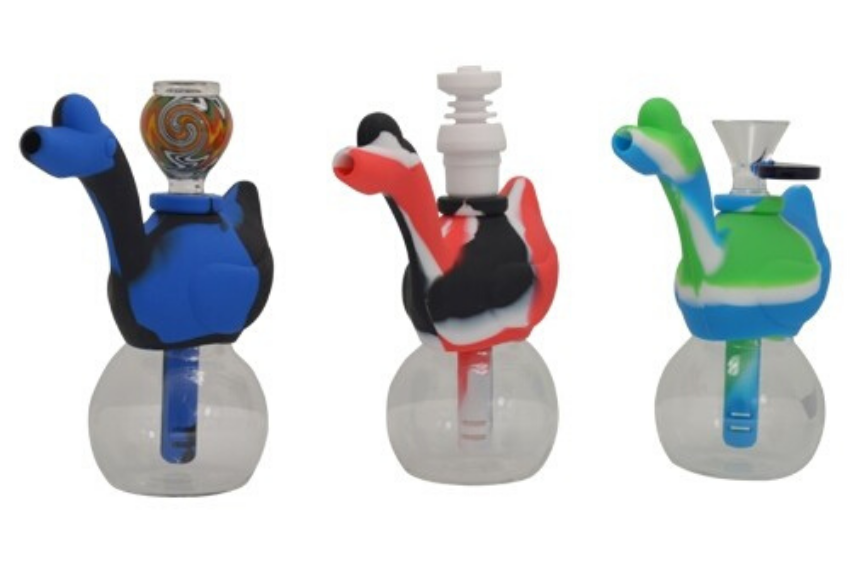 What is the Swan Bubbler Pipe?

The Swan Bubbler Pipe is a silicone/glass hybrid bubbler pipe that has a large bowl section in the middle of the pipe. The design and materials allow it to handle bong bowls and domeless nails, which not only gives them the option of handling a lot of dry herbs at once but also gives the option of smoke wax concentrates. It is one of the most versatile bubbler pipes on the market!

Where to Buy Bubbler Pipes and Water Bongs

You can find bubbler pipes and water bongs in your local head shops, smoke shops, and sometimes even vape shops. You will find a marge larger variety from which to choose online, including right here at nyvapeshop.com. When you buy from us, you get FREE U.S. shipping on any order with no price minimums! Let us help you get into a water bong or bubbler today!

Are Bongs Better Than Pipes